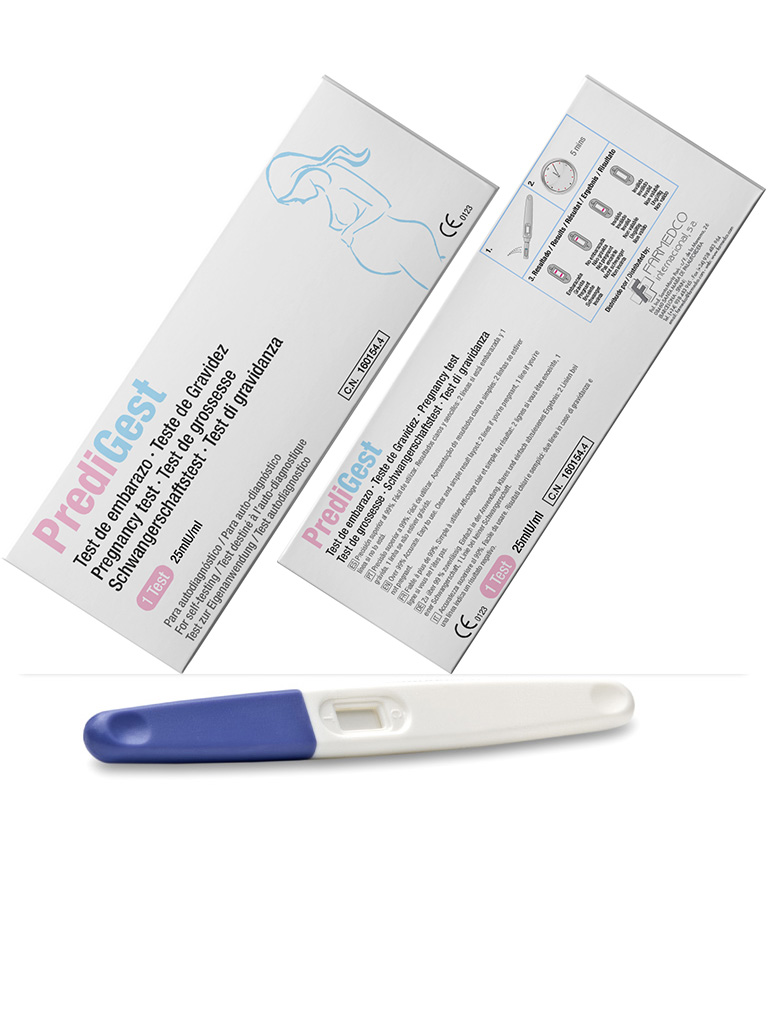 Human Chorionic gonadotropin (HCG) is a glycoprotein hormone secreted by the developing placenta shortly after fertilization. During normal pregnancy, HCG can be detected in urine as early as 7 days following conception, doubling every 1.3 to 2 days. At the time of the last missed menstrual period, urine HCG levels are about 100mlU/ml with peak levels of 100,000 to 200,000mlU/ml seen at the end of the first trimester. The presence of HCG soon after conception and its subsequent increase in  concentration during early gestational growth make it an ideal marker for the early detection of pregnancy.

1. Bring the test pouch and urine to room temperature. To begin testing, open the sealed pouch by tearing along the notch. Remove the test from the pouch and use it as soon as once opened.

2. Hold the handle of the test with one hand. Use the other hand to remove the cap and expose the  absorbent. Put the cap aside for re-cap later. 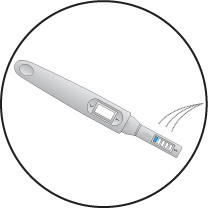 4. Re-cap the device and Wait for colored bands to appear. Read the result at 5 minutes.

5. Depending on the concentration of HCG in the test specimen, Positive results may be observed in as short as 40 seconds. However, to confirm Negative results, the complete reaction time (5 minutes) is required. So read the result within 5 minutes.

6. Do not read results after 10 minutes.

Two distinct color bands appear – one on the control and one on the test region. This indicates that pregnancy has been detected. The color intensity of the test bands may vary during pregnancy.

There are no visible bands at all, or if one red band appears only on the test region. If this happens, repeat a new test. If test still fails, please contact the distributor with the lot number.